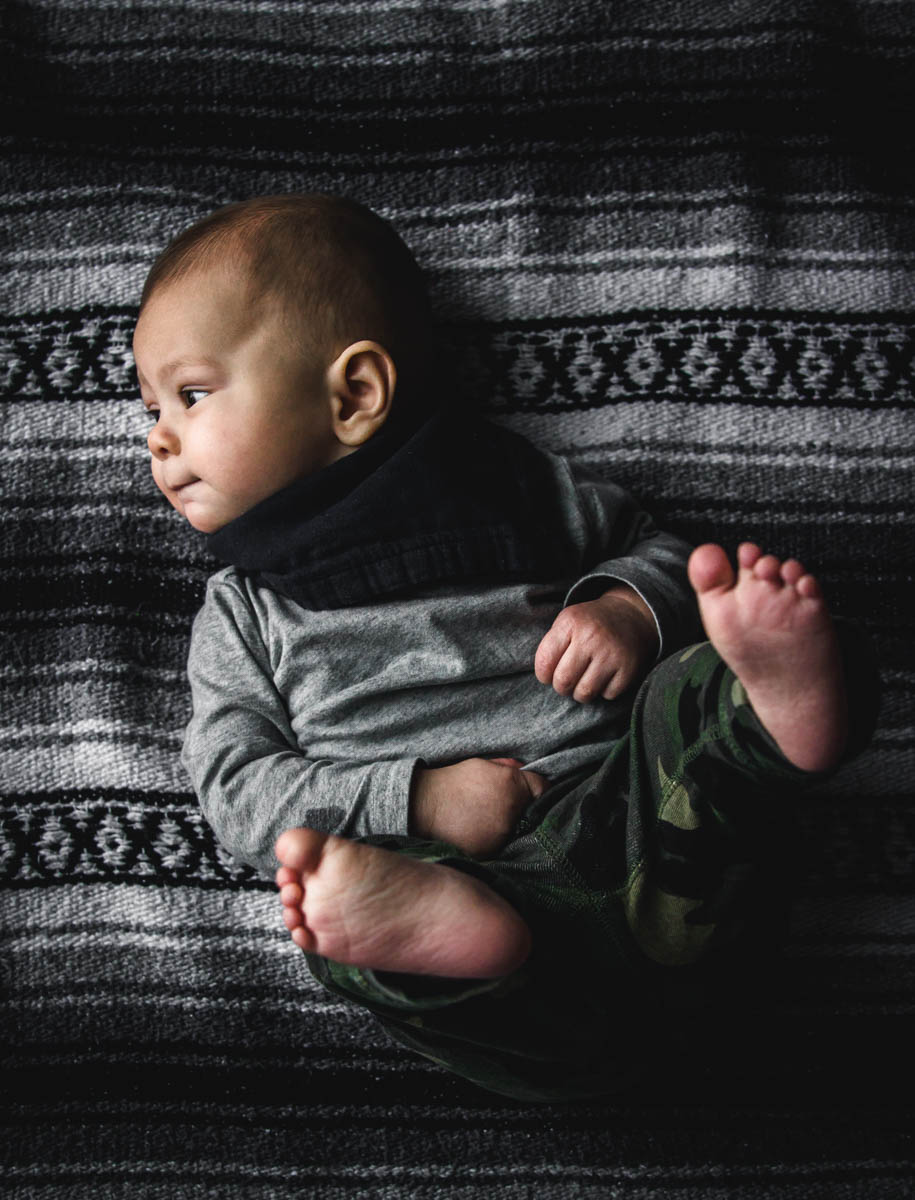 November marked 6 months of Locke. He is sweet and sassy & he makes me the happiest mama. He loves sitting in my lap and playing with toys. He started army crawling early this month. At first, just when he wanted something bad enough.

It’s been hilarious watching him, in the beginning he would only use his arms and drag his limp legs behind him. Now he’s almost figured out how to use his knees and he gets around really well. 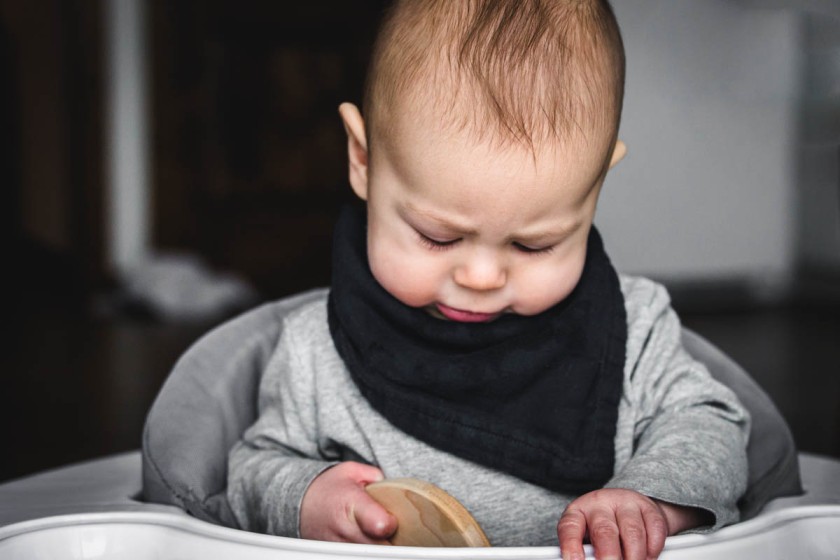 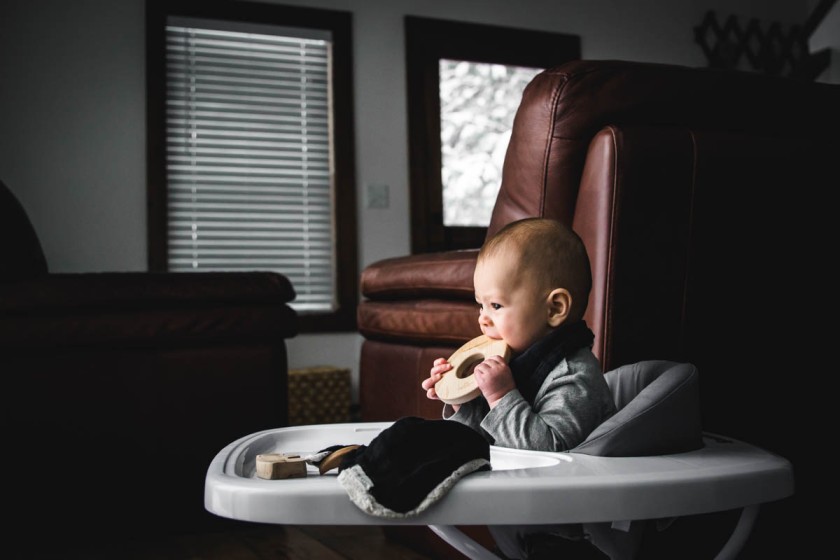 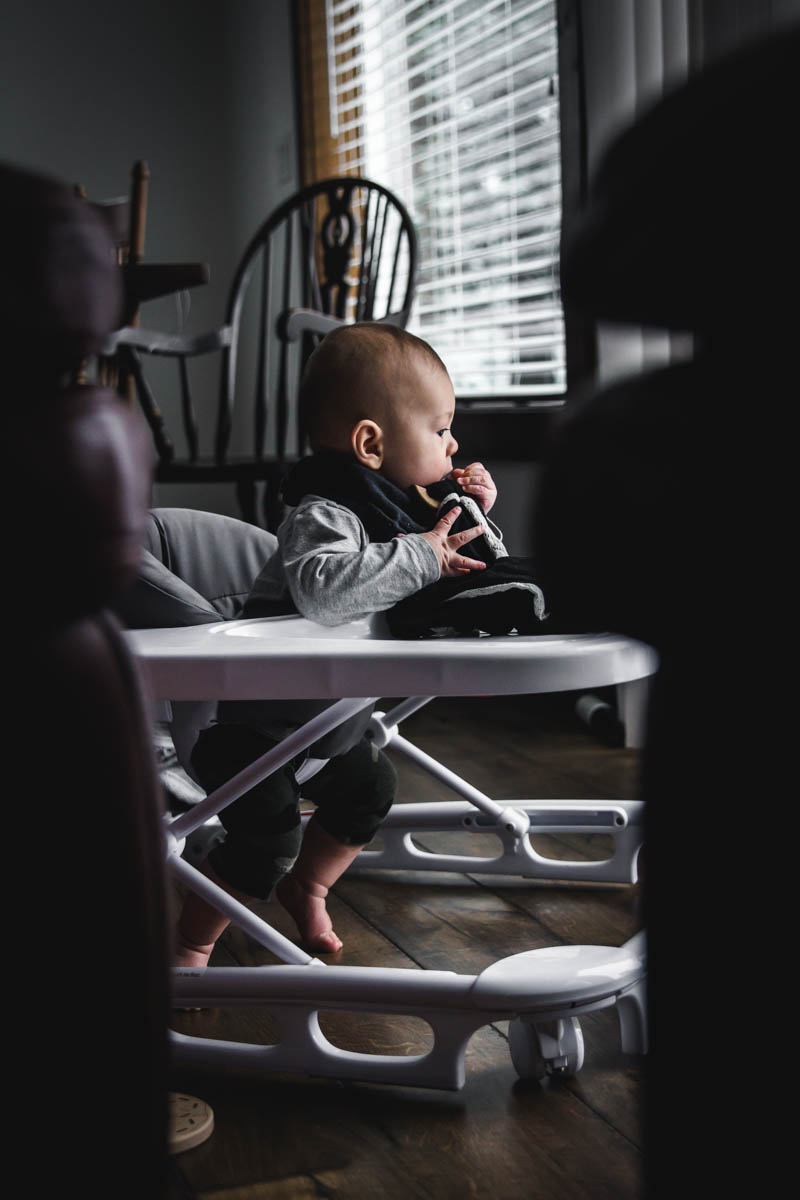 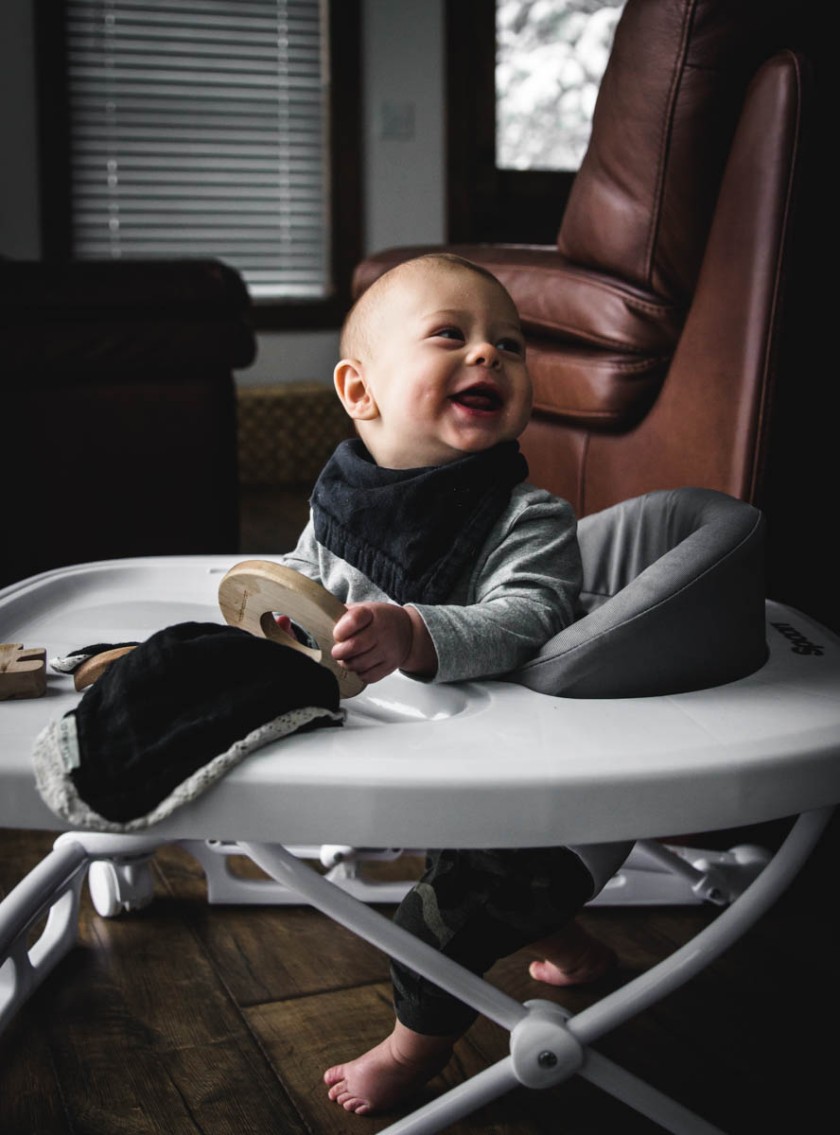 He also started sucking his thumb this month, and there is nothing cuter. 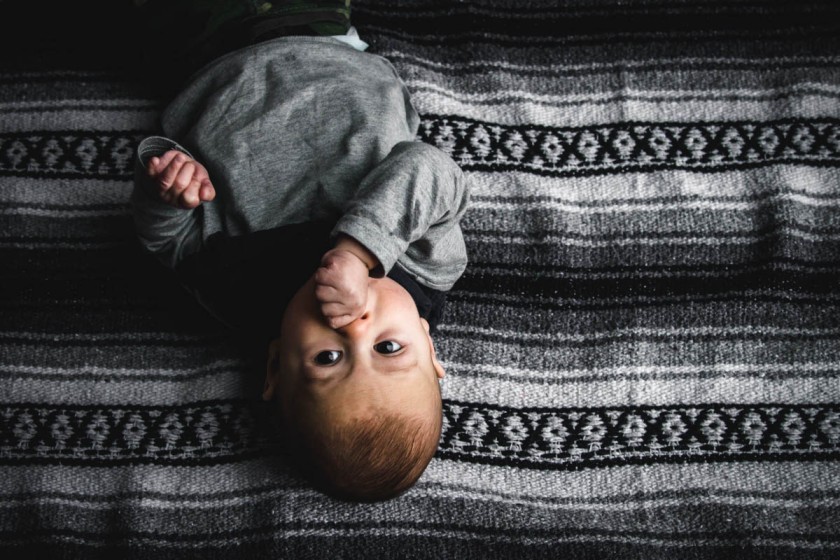 This past month I went back and forth so much on starting him on solids. I laugh when people ask if we’ve started yet because I don’t think they realize the mess and time commitment that comes with solids. But mostly, I think i’m sad to start because it’s one more milestone proving that he’s getting older. I know getting to breastfeed him is a time sensitive experience…and I think i’m just so sad to see it come to an end, even if it’s a ways off yet. I’ve been really good with following the Babywise schedule until now, because I’m not really ready to give up any of our times together just yet.

Locke seems so curious. He looks around a room like he’s trying to figure out how everything works. He gets that from Caleb for sure. Speaking of Caleb. He loves Locke so much. It is probably the most fun thing of my life, watching them. He makes him laugh more than anyone and it’s obvious that they adore each other. 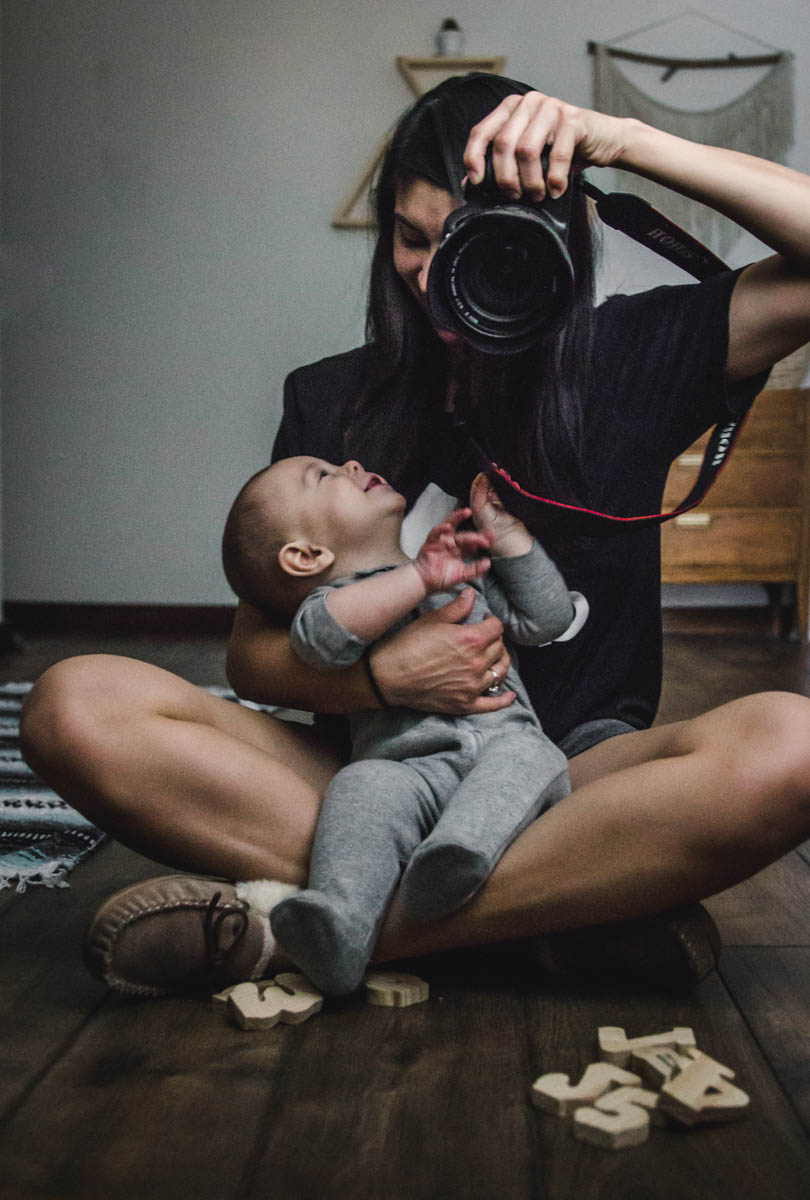 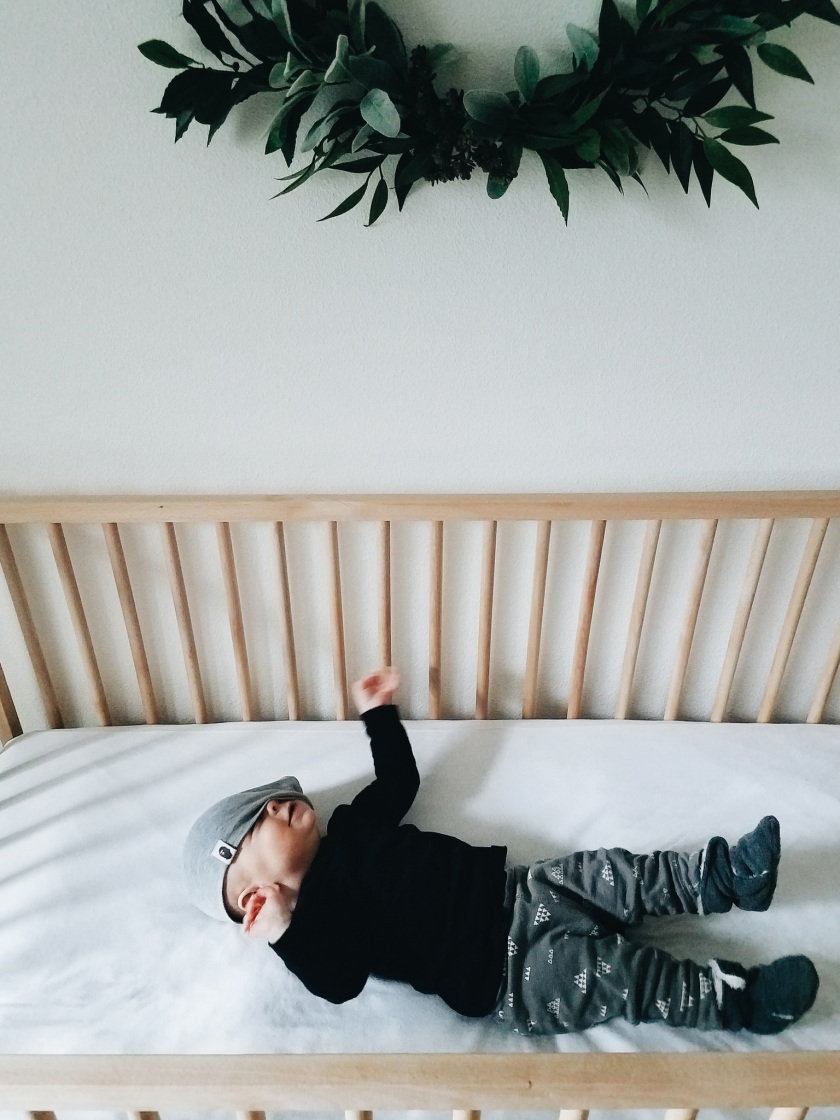 We took Locke for his 6 month check up a few weeks ago and he is in the 50th percentile for weight and 98th percentile for height. I think he will carry on the Martin tradition of being able to dunk. Hopefully he got all of his dad’s basketball skills and none of mine 😉

Going to the pediatrician straight up stresses me out. I’m pretty crunchy when it comes to medical stuff, which is surprising since i’m a critical care nurse. I question a lot of things and I don’t like going with all of the recommendations just because they’re the norm. Even though he’s perfectly healthy, his appointments always stress me out because I leave with all this research I feel the need to do 😉  Is every new mom like this?

The day before Thanksgiving I was on a mission to get a Christmas tree for us to decorate. Caleb had to go to work the day after Thanksgiving so it was going to be our only chance until the following week. Now that we have Locke, I was feeling sentimental & wanted to start a tiny tradition even though he wouldn’t understand just yet.

We drove all over the city looking for a tree lot. And none of them were open yet. We drove to i don’t even know how many empty tree lots. After we got home we found out Home Depot had awesome trees for $25. Even though he had a head-cold and was tired, he offered to go get one because he knew how much i wanted to decorate it that night.

Guys. He came back with the BIGGEST tree i have ever seen. We basically have the Mall of America tree stuffed into our living room. 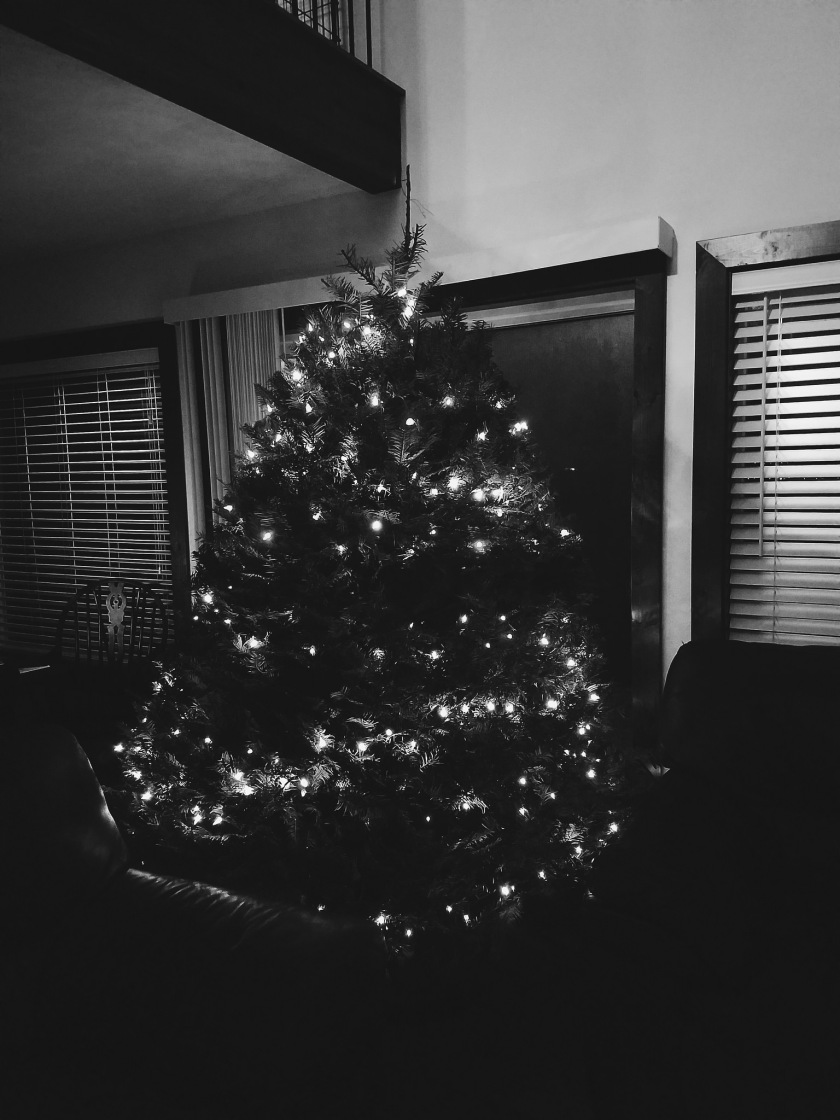 He could barely fit it through the front door & we had to move the couch and block the double doors to make room for it.

And after all that worry and work it ended up giving me a headache for two days because it smelled so strong & the little needles are all over my floors. So basically I don’t care about traditions anymore 😉

We celebrated Thanksgiving with Caleb’s family. Locke slept through most of the festivities and I failed to get a family picture of us all three together. I’m the worst at getting family pictures on special occasions for some reason.

My favorite part of Thanksgiving was watching Caleb’s brother’s play with Locke. They love that kid & fight over who gets to hold him next. I’ve never known a family more loyal than the Martins. Everyone could take a page from their book with how well they love each other. 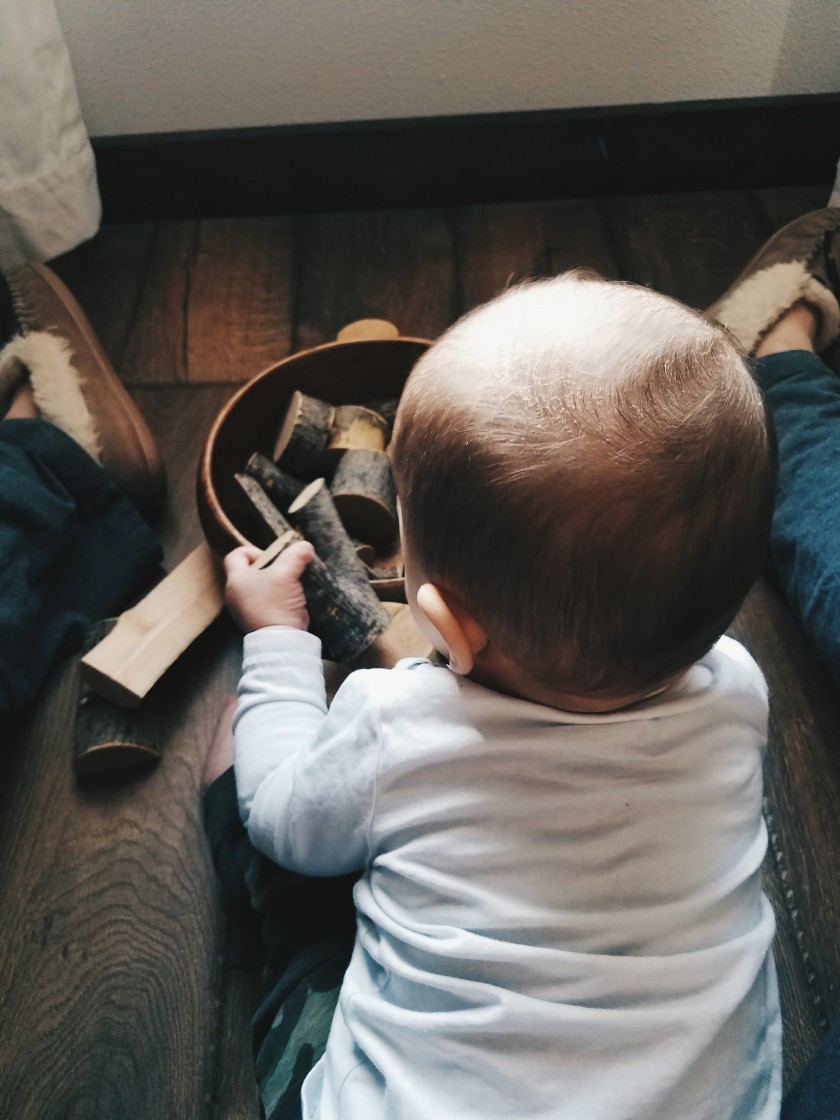 I live in a cottage in the woods. I am a wife, mama, photographer, and pediatric nurse. I’m an intentional minimalist. Most importantly, I am a daughter of the King. Thank you so much for stopping by. Please say hi! I would love to connect.